Ayr was created a burgh c. 1203-6, though its origins as a settlement are probably earlier. The focus of this early community was the harbour, around which two main roads were created – Sandgate and High Street. A castle, probably of motte-and-bailey form, had been constructed here by the end of the 12th century, and the parish church dedicated to St John the Baptist was first recorded in 1233. 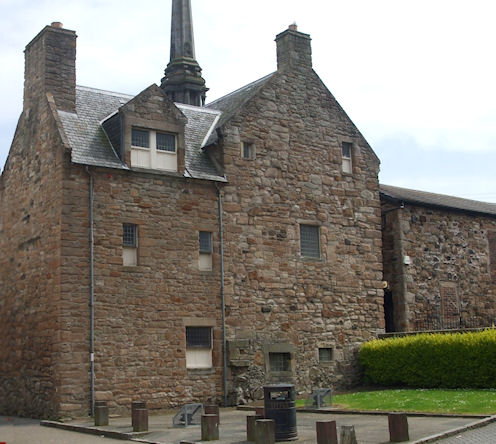 The most notorious episodes in Ayr’s past arguably took place in the Scottish Wars of Independence. This was the infamous massacre at the Barns of Ayr, where a group of Scottish knights and nobles (including two members of the Montgomerie family) were lured to an English garrison on false pretences and then hanged, an incident which was immortalised in Blind Harry’s late 15th century epic poem ‘The Wallace’.

Ayr also suffered greatly in the mid-17th century when Oliver Cromwell’s forces occupied the town during their Scottish campaign. They built a massive citadel there, which still survives in fragmentary form today. The area once occupied by the Cromwellian fort was later sold to the Montgomeries and renamed ‘Montgomerieston’ – their intention was to create a burgh here which would, presumably, give Ayr a run for its money, but this plan came to naught and the area is now largely residential.

Ayr is yet another example of those unfortunate Scottish burghs which have suffered catastrophic losses to their built heritage right up to relatively recent times. But a few noteworthy historic structures still survive in and around its medieval core, including one of late 15th century date that would have been familiar to John Sempill and Hugh Montgomerie. This is St. John’s Tower, which is all that is left of the original parish church. 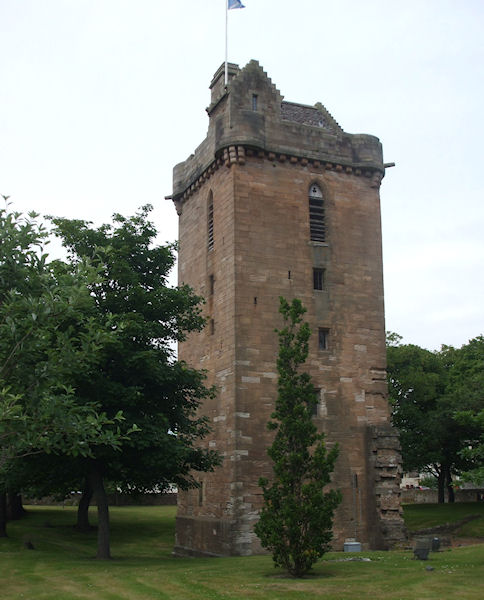 Another structure of interest in the town is Loudon Hall, an impressive townhouse of early 16th date, once owned by the Campbells of Loudon, the hereditary Sheriffs of Ayr.