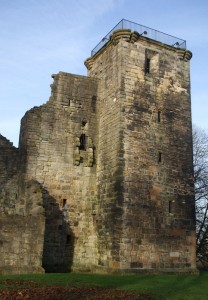 The best preserved of the castles on my list, Crookston Castle is now a Guardianship Monument in the care of Historic Scotland.  The stone castle is the latest phase of occupation at the site, but it stands in a much earlier ringwork of early medieval date (c. 12th century). 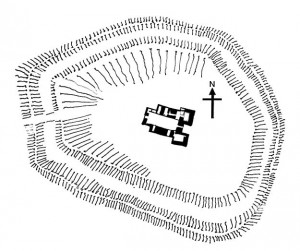 The lands of Crookston were originally owned by the de Croc family, but they were sold to Alan Stewart in 1330 and they were in the hands of the Stewarts of Darnley by the 1360s.  And it was the Darnley Stewarts who were responsible for the building of the stone tower-house, which dates to  the  1400’s – the two western towers  were  destroyed during the 1489 siege and they appear never to have been rebuilt.

And since the site is a Guardianship monument in the care of the First Minister of Scotland, it can be visited by members of the public.  Full details of the location and opening times can be found by clicking on the link below:- 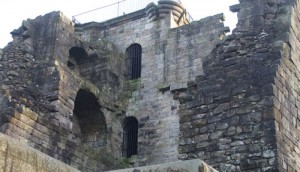