Duchal Castle plays a crucial part in Fire & Sword, but the remains that survive are unprepossessing. The 1489 Siege of Duchal also remains an obscure event in Scottish history, known only by those with a detailed knowledge of the local history of Renfrewshire. This is a great pity, because it’s an event which really should be better known, especially throughout the west of Scotland. King James IV himself turned up for the last stages of the siege, and the big guns were – quite literally – brought in to help subdue the castle. The bombard Mons Meg was in attendance, along with an equally substantial cannon (now lost) which was named ‘Duchal’ in honour of the role it played there. 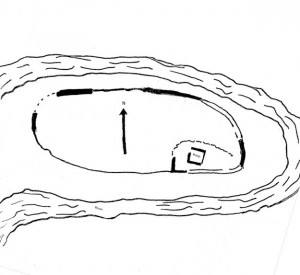 Duchal itself has not fared well through the centuries: it’s hard to believe that it once comprised a substantial enceinte wall of 13th century date and a later tower-house. The location itself is low key, the ruins occupying a low-lying position on a narrow peninsula of land between the confluence of the Green Water and the Blacketty Water, near the village of Kilmacolm in Inverclyde. The ruins can be accessed from the road, but they are located on private land and are not open to the public. 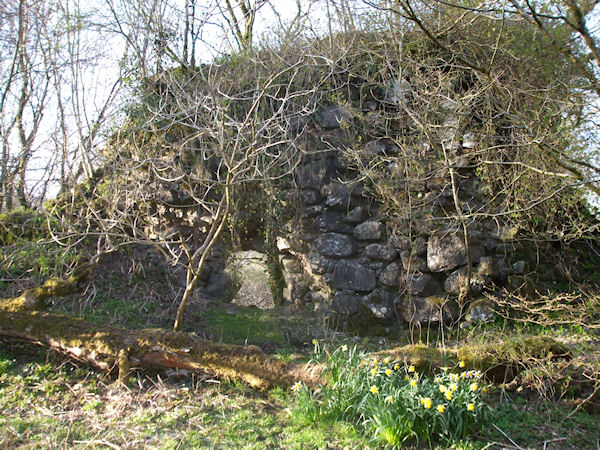