The seat of the Montgomerie family between the late 15th century and the 1920s, Eglinton Castle (in all its varied guises) has endured a long and chequered history. But the ruins which can be seen today at Eglinton Country Park bear little resemblance to the medieval building that Lord Hugh and Lady Helen would have been familiar with. 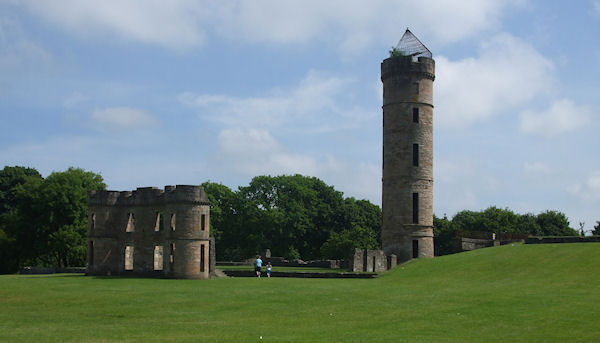 The original Eglinton Castle was burned down in 1528, destroyed by a rampaging mob of Cunninghames led by Cuthbert Cunningham, 2nd Earl of Glencairn. Lord Hugh was in residence at the time – he escaped with his life, as did the rest of his family, but the castle itself was lost, along with the contents of the family’s charter chest and – presumably – the Percy banner which had been wrested from Hotspur at the Battle of Otterburn over a century before.

We can only imagine how Hugh Montgomerie would have reacted to this ignominious event. But he must have mellowed by this time: instead of exacting his revenge in blood, he agreed to a cash settlement, replacing his ruined castle with the money he’d received as compensation. Illustrations of this structure still exist. These show a typical 16th century fortified house, presumably L-plan, with a tower-house and range. Its exact location remains uncertain: in 1797, it was demolished and replaced with a more modern, commodious design in keeping with the post-Enlightenment age.

It is this late 18th century structure which still survives as a ruin at Eglinton. Designed by the architect John Paterson, in 1834 it was the setting for the infamous Eglinton Tournament, a lavish piece of fake medieval pageantry dreamt up by the 13th Earl of Eglinton.
The Montgomeries remained at Eglinton until 1925, when the family moved once again, this time to Skelmorlie Castle. Their departure sounded the death knell for Eglinton Castle, which was requisitioned by the army in World War II and used for target practice. What was left of the building was demolished in the 1950s, with only one or two elements retained. 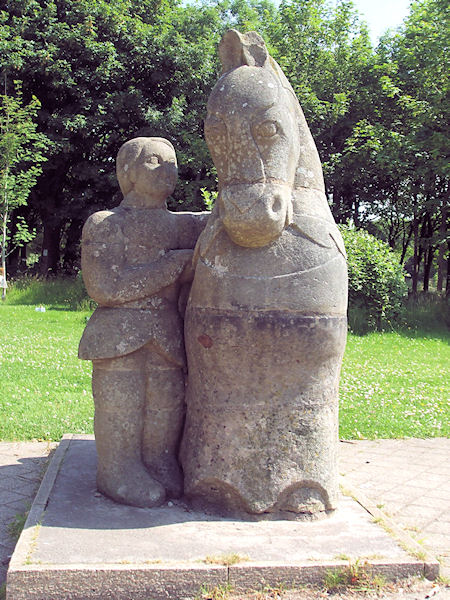 The wreckage of Eglinton Castle still survives as a picturesque ruin inside a modern country park which is run as a leisure facility and public space by North Ayrshire Castle. An exploration of the park can reap rich rewards: around the wider area can be found a Gothic bridge contemporary with the later mansion, some handsome farm buildings (again, contemporary with the later mansion) and a much earlier doo’cote.

Further Reading
Anstruther, I 1963 The Knight and the Umbrella: An Account of The Eglinton Tournament – 1839 (London)
Davis, M C 1984 The Lost Mansions of Ayrshire (Published by the Author)
Fraser W 1859 Memorials of the Montgomeries, Earls of Eglinton (Edinburgh)
MacDougall, N 1997 James IV (Tuckwell Press, East Linton)