The visible remains of the castle at Glengarnock are believed to date to somewhere between the fifteenth and early sixteenth centuries, though the origins of this particular branch of the Cunningham family can be traced back a further hundred years or more. Now ruinous, Glengarnock Castle comprises a keep with attached courtyard, with the ruins of later buildings surviving in the latter. The remains of vaulted chambers on the ground and first floors still survive. 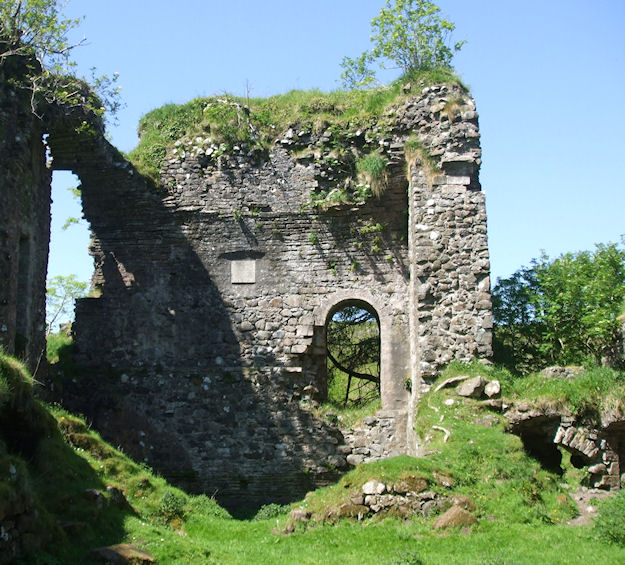 Its location is dramatic, the castle sitting on a promontory overlooking a precipitous ravine, through which runs the waters of the River Garnock. This promontory has been further defended through the digging of a rock cut ditch across its narrowest point. 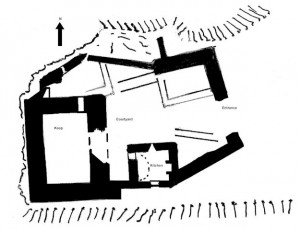 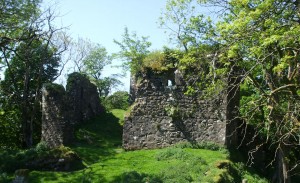 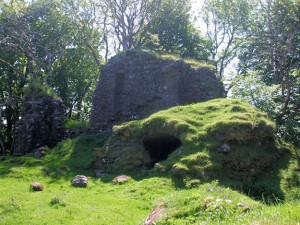 For a full description, refer to MacGibbon and Ross (1887-92). Or follow the link below to the RCAHMS website:-
http://canmore.rcahms.gov.uk/en/site/42179/details/glengarnock+castle/